Home > Blog > What is a blockchain bridge and why is it needed? The principle of operation

The main function of the bridge is to ensure compatibility. Interoperability refers to the ability of data and digital assets hosted on the blockchain to interact. Interoperability is what the Internet needs for the holistic operation of the web space. Cross-chain is a technology that connects two block chains and allows users to send cryptocurrency from one chain to another. In other words, the transfer of the same token between different blockchains. Basically, if you have Bitcoin, but you want to spend it like Ethereum, you can do it over a bridge.

The blockchain consists of separate protocols. Thus, blockchain bridges are necessary to ensure the seamless exchange of data and values between these protocols. How do blockchain bridges work? Bridges work in several ways. The most common way of bridge operation is token transfer. In this method, the amount of cryptocurrency that you want to transfer to another block chain via a bridge is blocked using “smart contracts”. Another term used in the blockchain bridge is a “wrapped token”, which is a tokenized version of another cryptocurrency. It can be deployed at any time via a bridge, and is usually tied to the assets it means.

As blockchain becomes more popular, various networks will need to support higher transaction volumes and provide faster processing. Due to their ability to facilitate inter-network transfers, bridges can be used to create scalable solutions in which the transactional load is distributed between interconnected chains over the bridge. In addition, with the help of bridges, users can easily transfer their assets from an expensive network such as Ethereum to a platform with a low commission.

One of the biggest problems faced by the crypto world is the lack of the ability of blockchain networks to work together. Due to certain protocols, rules, tokens and smart contracts, each blockchain is unique. The blockchain bridge works to bring together isolated blockchain ecosystems.

How do blockchain bridges work and what does it give?

Blockchain bridges can do a lot of interesting things, such as converting smart contracts and sending data, but the most common bridge utility is token transfer. Bridges between blockchains allow existing crypto assets to move to new places and do new things. For example, bitcoin and Ethereum are the two largest cryptocurrency networks with completely different rules and protocols.

Through the blockchain bridge, bitcoin users can transfer their coins to Ethereum and do with them what they otherwise could not do in the bitcoin blockchain. This may include buying various Ethereum tokens or making payments with a low commission. You can partially transfer bitcoin to Ethereum via a blockchain bridge. It will store your coin and create equivalents in ETH for use. None of the cryptocurrencies involved are moving anywhere. Rather, the amount of BTC you want to transfer is fixed in the smart contract, while you get access to an equal amount of ETH.

For example, when you want to convert back to BTC, the ETH that you had, or what’s left of it, will be burned, and an equal amount of BTC will return to your wallet.

If you did this regularly, you would have to convert bitcoins to ETH on a trading platform, withdraw them to a wallet, and then deposit them again on another exchange. By the time this happens, you will incur more fees than you probably planned to do in the first place.

To put this in perspective, think about how you can use your Visa card to pay MasterCard bills; or how PayPal can pay for all your online purchases no matter where you buy. Different systems with different protocols, but transactions are executed quickly and without problems. This is because interoperability has always kept the financial system in place long before cryptocurrency appeared. As blockchain technology becomes more prominent, and not just for cryptography, solutions such as bridges between chains are a big step towards normalization. 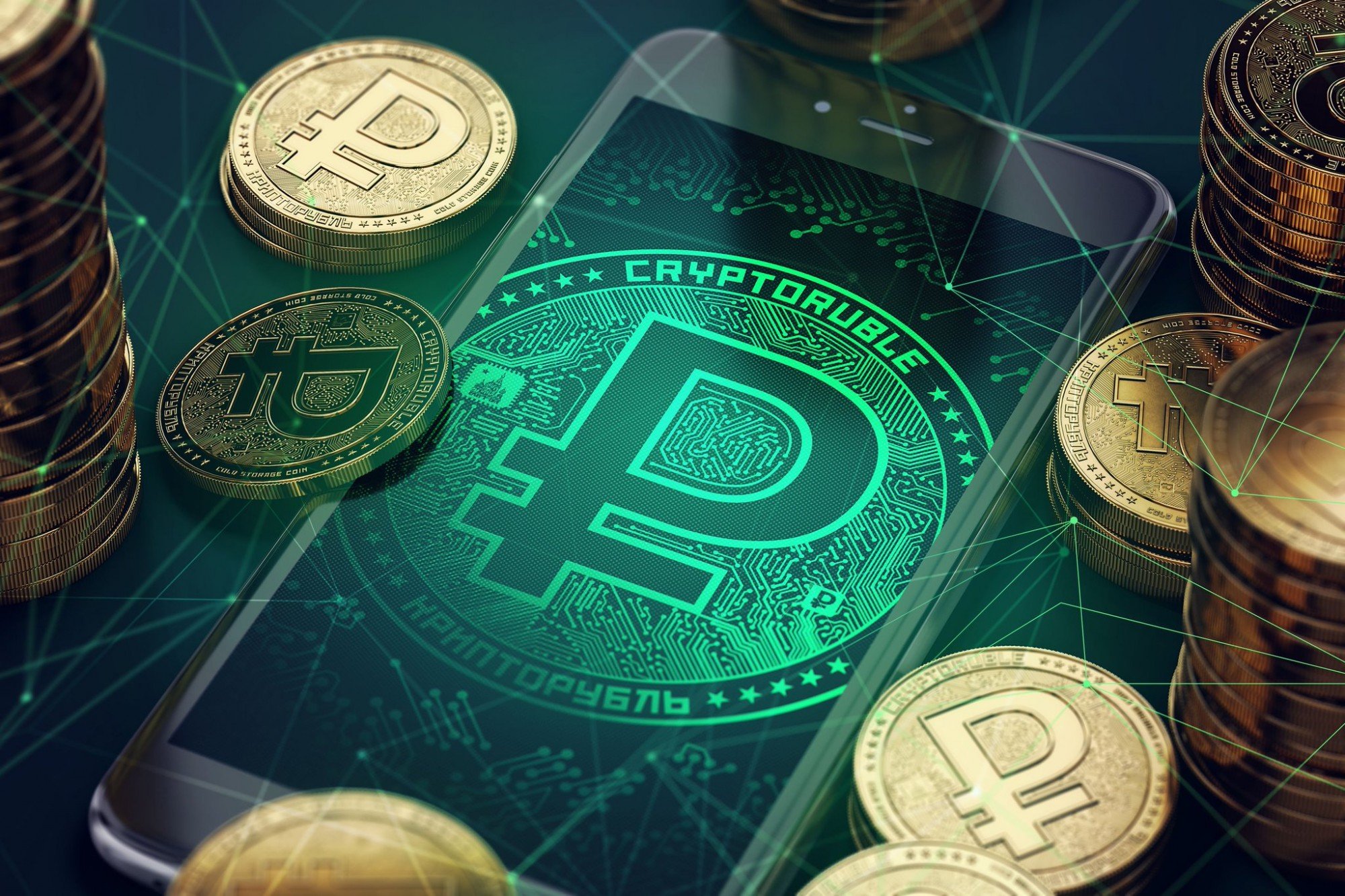 Means that only one centralized entity controls the assets. Take Bitcoin, for example. All packaged bitcoin belongs to BitGo, a centralized digital asset trust management company.

A bridge without trust management or decentralized works on the blockchain using smart contracts and algorithms, as a result of which users retain control over their assets.

Here are some of the most discussed blockchain bridges that you can use to transfer cryptocurrency.

Binance Bridge offers one of the largest options for tradable cryptocurrencies. For example, it supports popular blockchains such as Ethereum, Solana, TRON and others.

cBridge. For example, you can access this solution directly from Binance if you don’t want to use its main bridge. As with any unreliable bridge, there are many blockchains and cryptocurrencies that you can interact with. One small problem that you may have with cBridge is that you need to connect a wallet before doing anything through this bridge.

AnySwap this platform is popular because it has functions other than cryptocurrency transfer. After connecting to the wallet, you can see all your balances for different types of coins. You can also freely transfer leftovers from one place to another. However, there are certain blockchains from which, if you want to transfer money, you can only go to a specific destination.

How to transfer cryptocurrency between blockchain networks
Let’s take a practical example to better understand how these bridges work. For example, that you want to transfer 1000 Tether tokens from the Ethereum network to the Polygon network. Directly, despite the fact that the addresses of Ethereum and Polygon are identical, the reality is that their blockchain networks are different, so you cannot transfer the value directly between both blockchains. How to transfer cryptocurrency between blockchains? To do this, you have to use a bridge, and it will take care of completing this process. Since Ethereum and Polygon are identical at the programming level (they are based on EVM, use Solidity, have the same address model, but different histories and consensus protocol), it is quite simple to create a bridge. To do this, the bridge creates a series of contracts (in Ethereum and Polygon) that will allow both networks to communicate in a common language through a blockchain oracle. The oracle’s task is to provide these contracts with accurate information about what is happening in another blockchain, and vice versa. Thus, we are creating a two-way communication channel between Ethereum and Polygon, and half of the work is done.

Now, to send this ETH USDT to Polygon, you will need to interact with the bridge on the ETH side. He will ask you for a few things:

For example, you will need a receiving address for the Polygon network, because you are sending 1000, Tether that you have in ETH, to the repository (also in ETH). It will be controlled by the smart contract of the bridge. This step is usually transparent to the user. After completing these steps and sending on the ETH side, the bridge begins its work. The transfer of cryptocurrency to another network is carried out as follows. The first thing that happens is that the oracle detects the sending to ETH and informs the smart contracts on the Polygon side about it. With this report comes the number of tokens exchanged and the destination address (the one you specified) for them.

As soon as the ETH transaction is completed, the oracle informs about it, and smart contracts on the Polygon side begin to generate 1000 USDT and send them to the specified address. Tokens generated by Polygon have the same, Tether the same amount and with the same value, and this is possible because the created storage serves as a guarantee of the value of these new tokens, and they will be blocked until you perform the reverse operation (transfer this USDT from Polygon to ETH). The lock prevents tokens from being created out of thin air, while maintaining security and economic stability between the chains and the bridge.

When you perform the reverse process to restore your USDT to ETH, the bridge takes your USDT from the Polygon side, burns it, and after burning, the corresponding Tether is left to you from the Ethereum side. This completes the work of the bridge between ETH and Polygon.