Home > Blog > The Main dangers of the Ethereum “Merger” 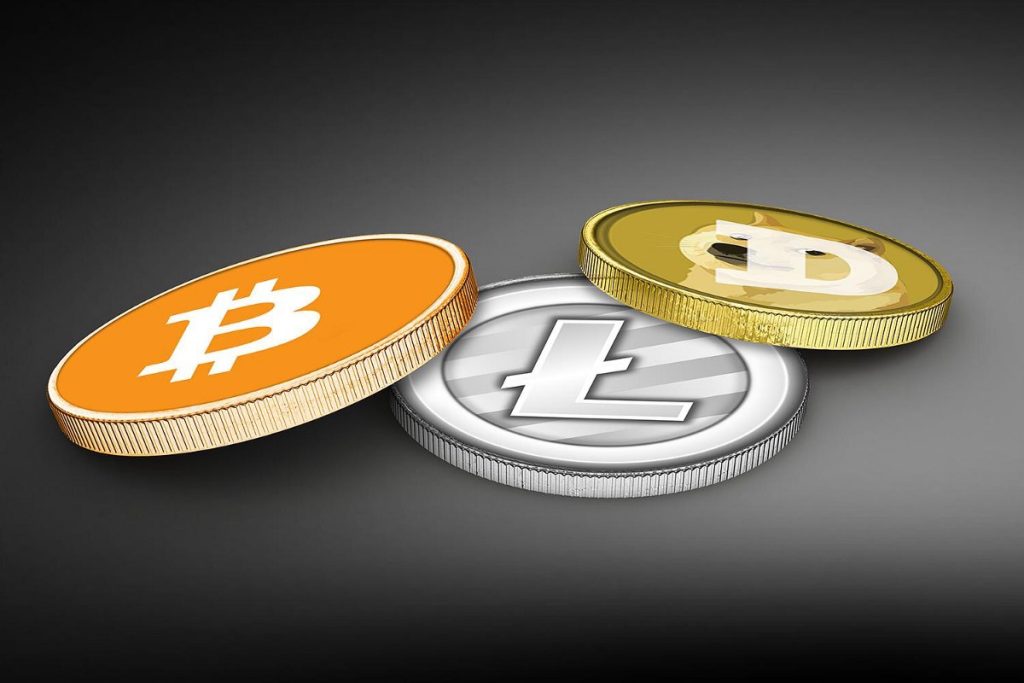 The transition of the ether from the PoW (Proof of Work) algorithm to PoS (Proof of Stake) is close to completion. Among the possible threats is not only the loss of a large army of miners (who will be forced to support some other project), but also an increase in the centralization of the network. According to the so-called blockchain trilemma, while maintaining the same security, the acceleration of transactions (provided by PoS) should increase the centralization of the project. At the same time, in practice, all existing PoS projects with a claim to decentralization (like Cardano) lag far behind in popularity both from slower PoW projects (bitcoin) and from fast, but strictly centralized projects (for example, USDT and Ripple).

Will the ether be able to break this pattern and create a truly decentralized and popular PoS project, says RBC Crypto.

Maximum decentralization vs maximum scalability: two extremes with their drawbacks
According to the blockchain trilemma, the network is able to fully perform only two of the three functions: decentralization, security, scalability (closely related to the speed and ease of network management). Most successful projects very carefully monitor the issue of security, so the “tug of war” is mainly between two alternatives — decentralization and scalability.

Classic cryptocurrencies using the PoW principle with mining on computing power — bitcoin, Litecoin, Dogecoin, the current version of Ethereum and others — prioritize decentralization, but have repeatedly had problems with speed and scalability in general. The most famous example is the multi—day BTC transaction times in 2017, which urgently required network reform. It was then that the compromise technologies SegWit and Lightning Network were introduced into BTC, deviating from Satoshi’s original principles of recording all transactions in the blockchain.

The reverse example of currencies with a high transaction rate, but without decentralization, is digital assets issued by specific corporations (and not by a “swarm” of miners around the world). For example, the Ripple interbank system (XRP) from Ripple Inc, the USDT stablecoin from Tether Ltd (both use the PoS principle instead of PoW, which we will talk about below), the unsuspected Libra project from Facebook, as well as the digital currencies of central banks (CBDC) being developed today, such as the digital yuan.

These projects have two related drawbacks. The first drawback is the vulnerability of issuing companies to the repressive actions of national governments. Tether has been repeatedly accused of the opacity of reserve funds, and Ripple is at the center of proceedings over the status of the XRP token as a security.

Perhaps, over time, the legal status of such blockchain companies will be settled and they will simply take their place among other officially registered payment systems. State-owned stablecoins have a good chance to displace conventional national currencies in the future. However, all of them fundamentally cannot compete with bitcoin and other decentralized systems where independence from emission centers is important to users. Centralized digital assets do not fulfill the original purpose of cryptocurrencies and cannot replace them for the same reasons that national currencies or private securities cannot replace gold. This is their second and key drawback.

Decentralized PoS — an attempt to sit on two chairs?

SegWit-type technologies, although they violate Satoshi’s ideals, do not encroach on the central principle that the development of the network is regulated by the vote of miners. Only the one who single-handedly collects energy sources sufficient to power an average European country can gain control over it. The current BTC can be considered completely decentralized, and it cannot be destroyed by the bankruptcy of one or even many related companies.At least in a number of countries, miners will continue to support the network.

A more radical solution to the scalability problem of a decentralized network is to switch from the PoW principle to the PoS principle, but without a central issuing company. There are no miners in PoS as such, but there is a staking mechanism. The validator allocates a certain number of coins that are blocked, and he receives rewards for confirming transactions. Validators, like miners, vote for certain initiatives to develop the network.

On the one hand, PoS offers a number of obvious advantages. Besides the fact that it allows you to make transactions very quickly, it is eco-friendly. PoS-blockchain can consume orders of magnitude less electricity than PoW. However, the downside of this simplicity is the threat of loss of decentralization.

In PoW blockchains, the largest coin holders (whales) are not required to be the largest miners. The power over the development of the blockchain belongs not to those who have more coins, but to those who have provided the network with more computing power. In PoS, however, the power turns out to be in the hands of the largest validators who have put up a maximum of coins for staking. In other words, whales decide everything, and in order to gain influence and income in the network, one must strive to possess the maximum of coins. Therefore, despite the initially decentralized mechanism, such blockchains are prone to increased centralization.

For example, in the currently most popular non-corporate PoS blockchains Cardano (ADA) and Solana (SOL), only a few dozen of the largest wallets contain 50% of the entire money supply, which is not even close to BTC. Moreover, a significant place among them is occupied by wallets of centralized crypto exchanges. 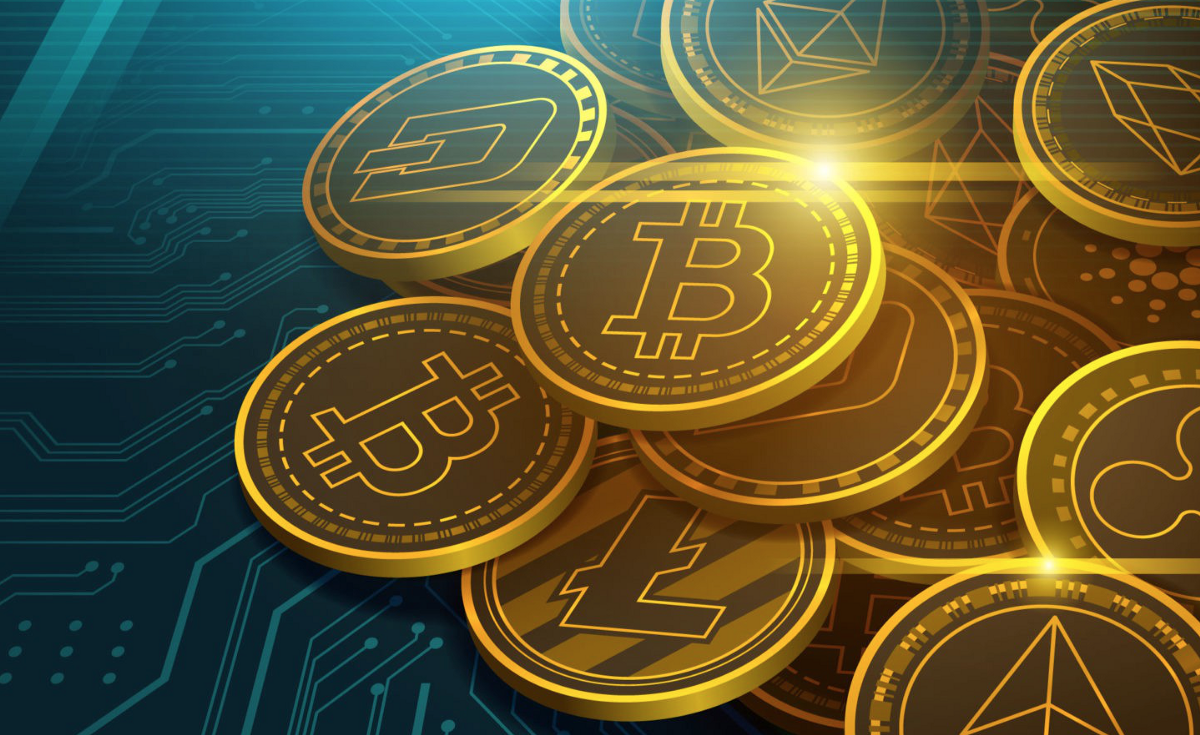 By itself, the concentration of control over the network in the hands of dozens of the largest whales does not yet turn it into a centralized one. However, it also affects security, increasing the probability of an attack by 51%, when one user (or a coordinated group) gains control of the network and can control it alone by committing theft and other destructive actions. Theoretically, dozens of the largest whales of ADA or SOL could conspire and make such an attack. In practice, this is unprofitable for them, since the likely gain does not cover the negative from discrediting the blockchain. Because of this, all other things being equal, a 51% attack in PoS is less likely than in PoW. But in fact, the conditions are unequal, and in PoS, the technical possibility of collusion due to the concentration of capital is higher.

Perhaps the absence of powerful leaders among decentralized PoS is due only to the expectations that ETH2 will become such a leader, and so far there is no point in competing with it. But perhaps the market is still afraid of the concentration of capital among a small number of people and does not believe in the ability of such projects to satisfactorily solve the blockchain trilemma. It cannot be excluded that in the historical perspective, decentralized PoS has no special prospects. For reliable decentralization, the market prefers PoW projects, and for speed and flexibility of the system, centralized systems like BNB.

After the transition of ether to PoS, we should expect a particularly high concentration of capital on crypto exchanges that will organize staking for users. At the same time, the largest centralized exchanges have official registration with financial regulators, and if necessary, the state can put pressure on them. A very significant part of the ether coins and power over the entire network may end up with centralized players. As a result, ETH2 may lose popularity among DeFi projects, the main “chip” of which is the decentralization of everything and everything. A significant part of DeFi projects may prefer to continue to cooperate with PoW networks, and such forks of ether as Ethereum Classic (ETC) and ether PoW (ETHW) may be especially useful here.

What are critics of the transition of ether to PoS afraid of
First of all, people are afraid of the likely increase in the centralization of the project, and in the future — a drop in capitalization. Today, the most popular decentralized PoS blockchain – Cardano (ADA) — occupies only the 8th line of the capitalization rating. At the same time, the degree of its decentralization is small: 50% of all coins belong to several dozen whales, between which collusion is possible. More popular PoS blockchains, like Binance Coin (BNB), are completely centralized, since they are tied to specific issuing companies (for example, to the Binance exchange).

The new ETH2 PoS-ether claims to surpass all these projects, retaining the second line of capitalization and at the same time ensuring high decentralization. In September, according to Glassnode research, market participants expect the price of ether to rise to around $2.2-5 thousand. However, will ETH2 retain such indicators in the future?

A pessimistic scenario cannot be ruled out: ETH2 “hypanet” only at first, while those who wish will be purchased in the hope of becoming validators (for this, the more coins, the better), but this process will lead to a concentration of capital in a small number of individuals and a loss of confidence in the project. The new ether will cease to be a serious competitor to BTC and will fall to lower positions to other PoS projects.

Will the place of bitcoin’s main PoW competitor remain empty?
For many years, ether has occupied the second line of the capitalization rating. This means that the first two lines, covering most of the market capitalization (59% today), are occupied by PoW projects. All these years, ether has acted as the “younger, but promising” brother of bitcoin.