Home > Blog > Salaries and savings in cryptocurrencies: stability or risk? 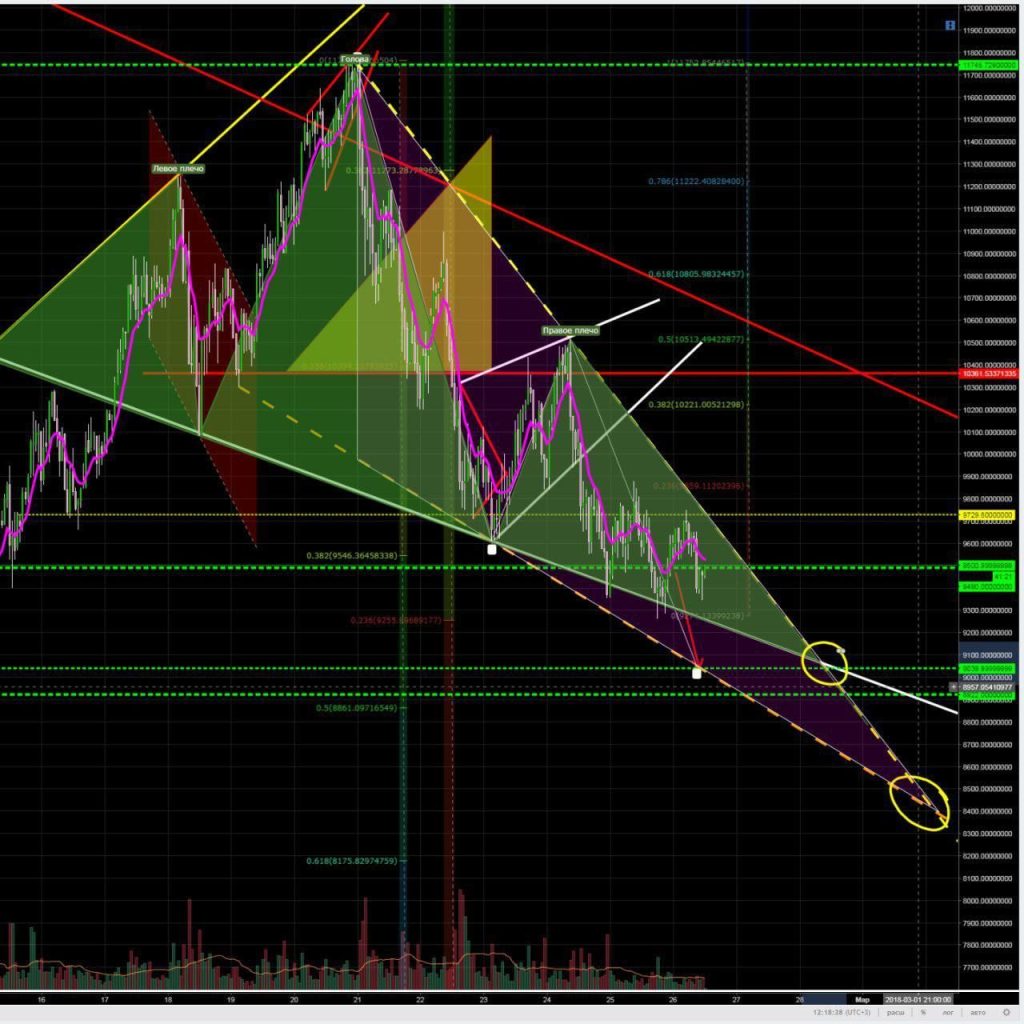 The news that appeared in the media the other day from the Russian project “Zavod of IT Startups” that he is ready to pay his employees with cryptocurrency has become one of the most discussed topics. Is it legal in Russia to pay salaries in cryptocurrency?

Is this accounting method suitable for freelancers, including those who live in other countries? And finally, how convenient and profitable is it for the employees themselves?

Salary in the crypt: the world

Western companies started using cryptocurrencies to pay salaries to their employees a few years ago, many do so quite officially. For example, the NBA professional basketball club “Sacramento Kings” offered its players the opportunity to receive a salary in cryptocurrency. The first joint-stock company, the CEO of which received a salary in Bitcoin, was the mining company Argo Blockchain (UK). Employees are paid in whole or in part in cryptocurrencies by the Japanese Internet company GMO Internet, the British fintech company Wirex, the software developer for the Internet and mobile devices Buffer Company (USA), as well as the first blockchain-based social blog platform in Russia golos.io .

In the IT industry in Europe and the USA, the payment of 20% of salaries by company tokens has become the norm at all, experts say.

The salary in the crypt was received by such personalities as the mayor of New York, the mayor of Miami and the famous Argentine footballer Lionel Messi.

There are Internet platforms and bulletin boards that publish vacancies with payment in cryptomonets. According to the media, there are vacancies not only for IT specialists – although there are an overwhelming majority of them – but also for advertising staff, videographers, designers and even musicians. Among the most popular services are Coinality, Cryptojobslist, Crypto.jobs and Cryptocurrencyjobs.co .

According to the recruitment portal ZipRecruiter, the average salary in cryptocurrency by November 2021 was 108 thousand US dollars. The most interesting conditions were offered by employers from the cities of Sunnyvale and Santa Rosa (California), as well as Cambridge (Massachusetts).

It is also useful to note that there are a number of states that have completely banned the trade and use of cryptocurrencies and are severely punished for violating these prohibitions, up to imprisonment – these are Vietnam, Bangladesh, Afghanistan, Saudi Arabia, Vanuatu and a number of others.

Salary in the crypt: Russia

Based on the results of online research, it can be argued that “Zavod of IT Startups” (a project of an entrepreneur from Yekaterinburg Alexander Protsyuk) is almost the first Russian company to officially announce the transfer of salaries to cryptocurrency. Since April, employees have been receiving salaries in cryptocurrency.

However, according to unofficial information, employees of many companies of the digital industry, cryptocurrency startups, mining companies, traders, financiers, etc. people living in Russia have been receiving salaries in the crypt for several years. It is clear that the existing laws, according to which cryptocurrency is not recognized as a means of payment in the Russian Federation, and the bills discussed from time to time, the authors of which propose a complete ban, do not contribute to the publication of such information. However, experts believe that paying salaries in cryptomonets to Russian employees is not a crime.

The Code of Domestic legislation does not prohibit transactions with them without recognizing cryptocurrencies as legal tender on the territory of the Russian Federation. 259-FZ of 2021 assigned cryptocurrency (the law uses the term “digital currency”) the status of the property. Accordingly, it can be used as an asset and receive income (or losses) from it. And although the law ignored such a point as the payment of salaries in cryptocurrency, experts believe that this does not contradict the legislation.

According to the Moscow expert on digital schools, Irina Murashchenkova, in Russia it is possible to pay salaries in non-monetary form, but, of course, not in full – the share of the “non-monetary” form should not exceed 20%, and this possibility must necessarily be fixed in a collective or employment contract. But not every accountant will figure out how to pay income tax from a “non-monetary” salary.

“In the Russian legislation, the crypt is now a big blind spot. Everyone understands that it is actively working, but they are in no hurry to legalize it. We would be happy to comply with all the rules and laws, but so far they simply do not exist, ” says the founder of Zavod IT Startups. – “As for the payment of mandatory contributions, such as VAT or contributions to the Pension Fund, we are clarifying this issue, the company is now consulting with lawyers.”

Do not forget that by the middle of 2021, according to experts, about 30-40% of Russians received an unofficial “gray” salary, and the annual volume of the “gray” salary fund in Russia exceeded 10 trillion rubles. Payments in cryptocurrencies also played a significant role here. Transactions in blockchain networks are anonymous, cannot be tracked, and cryptocurrency wallets are not subject to registration. This is what the recipients of “gray” salaries in the crypt use to avoid paying all kinds of taxes.

Salary in the crypt: freelancers and IT migrants

For IT companies operating in Russia, until recently, paying salaries to employees working remotely abroad was not a problem. The largest Visa and MasterCard payment systems were available to employers, as well as a significant number of money transfer systems abroad – WesternUnion, MoneyGram, Wise, OFX, PayPal, TransferGo, etc. With the cessation of their work in Russia, it became very difficult to transfer the earned funds to freelancers. And if, when calculating with employees living in most of the former CIS countries, the situation can be at least partially saved by the NSPK Mir card and the domestic money transfer systems Zolotaya Korona, Contact and Unistream, it became unclear how to settle with freelancers from Europe and the USA. The situation was aggravated by the mass migration of IT personnel from Russia. According to the Russian Electronic Communications Association (RAEC), from February 24 to the end of March, 50 to 70 thousand IT specialists left Russia, and in April about 70 to 100 thousand would leave. The most popular destinations of IT migration from Russia were Turkey, Georgia, Cyprus, Montenegro, Lithuania and the USA. However, there is still no data on which part of those who left work with Western IT companies that have limited work in the Russian market and continue to work remotely with Russian companies.

According to Alexander Protsyuk, some employees of his startup also work from abroad – Azerbaijan, Ukraine, Kazakhstan, Kyrgyzstan and some European countries. In this situation, the digital currency is just a salvation, the founder of Zavod IT Startups is sure. Employees of this company can choose from one of the four most popular cryptocurrencies – Bitcoin (BTC), Ethereum (ETH), Ripple (XRP) and Tether (USDT). Transfers in cryptocurrencies are made in a matter of seconds, commissions in some blockchains are minimal.

Against the background of the daily tightening of sanctions against Russia, which practically paralyzed international settlements through the banking system, it is simply necessary to introduce digital instruments into the financial system of the Russian Federation, ” Academician of the Russian Academy of Sciences and former assistant to the President of the Russian Federation Sergey Glazyev commented in the media. – Economic entities will still be forced to use them, if not in a legitimate way, then at a risk to themselves. Therefore, the use of digital currencies for cross-border settlements urgently needs to be legalized, the expert believes.

How to spend: the world
Paying with cryptocurrency abroad has not been a problem for a long time. According to the portal Crypto.ru Until the end of 2021, Bitcoin can be used as a means of payment in Denmark, Singapore, USA, Great Britain, Japan, Canada, Sweden, Australia, Czech Republic, Germany, some cantons of Switzerland, Malta, Estonia, Hong Kong and a number of EU countries (Slovenia, Czech Republic).

El Salvador legalized Bitcoin, giving it the status of a state currency, and now it is the official means of payment in the country.