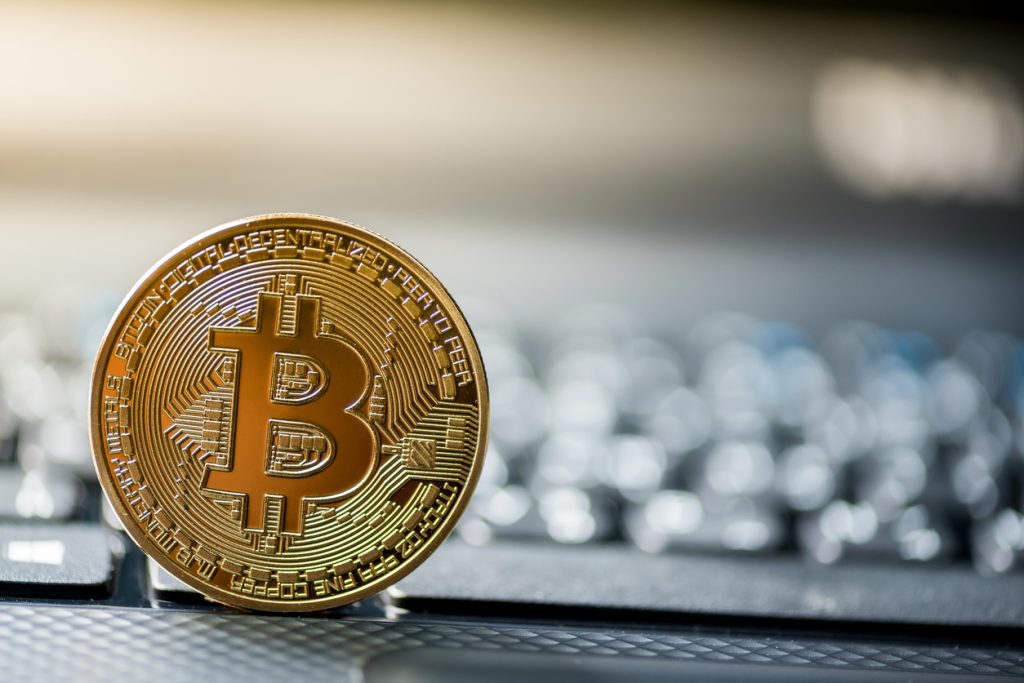 Such a significant collapse of the digital currency market was caused by a number of factors, including the freezing by Celsius (a leading cryptocurrency lender) assets of their depositors and a complete ban on cryptocurrency transfers between different accounts.

In parallel, thousands of layoffs of employees by cryptocurrency exchanges Coinbase, Blockfi, Global, Gemini had a negative effect. The reason was the active dumping of risky assets by investors due to the global recession of the world economy. People began to get rid of bitcoin, which was not backed up by mat values.

2 collapsed large cryptocurrencies (Terra Luna, TerraUSD) did not add confidence either. There was a “domino effect” — the more digital money was sold, the stronger the decline of bitcoin, which has no reinforcement in the form of any tangible assets, unlike more traditional assets. These events led to a real panic in the market (we wrote about the psychology of depositors’ behavior earlier). When investors lost access to personal assets, the rates of all cryptocurrencies, including bitcoin, rushed down. Let’s take a closer look at some of the reasons that caused the market collapse.

The Influence of the human factor on the crypt

The value of bitcoin, like any cryptocurrency, is determined by how much people consider it valuable. Therefore, such masses are highly volatile. When the financial market started to rush (lockdown played an important role, and then the events in Ukraine), people are now switching to “safe havens of capital”, to which digital currency cannot be attributed.

This led to the sale of riskier assets, including bitcoin, which caused a decrease in the price of the cryptocurrency. The capitalization of bitcoin began to set anti—records – in June 2022 it was $ 425 billion (for comparison, in November 2021 it reached 1.3 trillion). Even the total capitalization of all cryptocurrencies has collapsed to less than one trillion.

The constant decline in the value of the crypt has led to an even greater increase in its sales. It is quite difficult to predict further fluctuations even by analysts, but experts recommend waiting out the crisis.

The collapse of TerraUSD and Terra Luna

Several stablecoins work on the basis of the Terra blockchain platform, which are tied to national currencies and SDR (special borrowing rights). UST has the largest capitalization (TerraUSD is a coin pegged to the US dollar).

The stability of stablecoins and the damping of their volatility is provided by the native Luna coin, issued in a maximum volume of $ 1 billion. At the same time, the Moon acts as a token manager — its holders can vote for the adoption of various proposals of the Terra project. 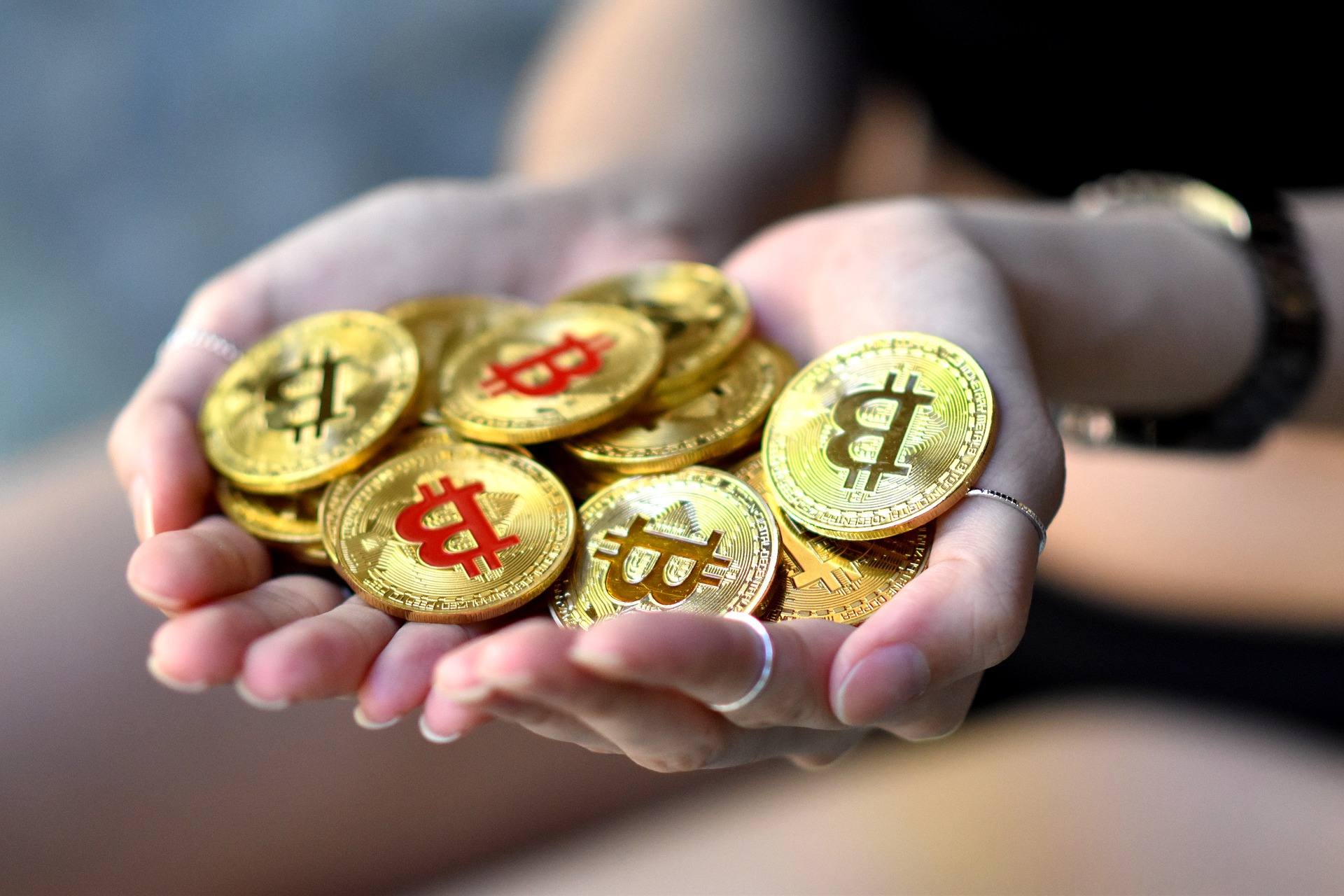 Over the past six months, investors have been actively buying up Terra UST. The main reason was the desire to make money on the Anchor crypto platform, which promises 20 percent annual profitability to customers who purchase UST, after which they deposit coins in the Anchor protocol. When the public found out about this scheme, it was immediately compared with Ponzi schemes — allegedly Terra could not physically guarantee such a high return to every investor. The number of skeptics was constantly growing. Then there was a turning point, which led to a fall in the exchange rate of bitcoin and Terra — a number of large depositors took out loans in bitcoins for very large amounts. They did this as part of the shorts (short sales) to purchase UST and then earn money by reducing its value.

The UST rate rolled down, the coin lost its peg to the dollar, which caused further massive withdrawal of funds. People who made money on Anchor tried to get out of Terra as quickly as possible, because their savings were burning right before their eyes. The crypto exchanges of South Korea stopped trading in this asset, warnings were issued for traders, and the Binance Futures cryptocurrency exchange decided to delist indefinite contracts related to the Luna token.

The catastrophic collapse of UST did not affect Terra exclusively — this is one of the reasons why Bitcoin 2022 fell. The creator of the platform, Do Kwon, and the Luna Foundation Guard have collectively purchased $3 billion worth of bitcoins to protect UST. This caused a catastrophic decline in the price of this cryptocurrency, cumulative losses of depositors in the digital money market in the amount of hundreds of billions and a global panic. Therefore, experts are not surprised by the real reasons why Bitcoin (btc) fell in 2022 and other coins continue to roll down. Today, the UST stablecoin costs only 10 cents, and the Luna token costs 0.01 cents (recall that in April 2022 its price reached $ 116).

The collapse of the UST stablecoin and the associated LUNA token with high capitalization shocked the entire cryptocurrency industry. In less than a week, the savings of the mass of private traders and huge funds of corporations have depreciated. Before the collapse, the Terra ecosystem was surpassed only by Ethereum in TVL. The third place was occupied by the Anchor platform.

The rapid rise of TerraUSD (UST) and the demand for algorithmic-type stablecoins have led to the emergence of many similar projects and side crypto funds. But suddenly everything changed in a few days: UST lost its direct link to the US dollar, while the Luna token practically depreciated. This significantly shook the confidence of investors in the prospects of such algorithmic stablecoins and led to the fall of bitcoin.

Freezing of payments by Celsius Network

On June 12, 2022, one of the world’s largest platforms providing financial services in the cryptocurrency market – Celsius Network – announced the freezing of funds transfers and their withdrawal. The Celsius crypto bank attracted customers with a declared 18 percent yield on deposits in the crypt. The platform’s clients were 1.7 million individuals and legal entities, and the total volume of deposits exceeded $ 12 billion. The reason for restricting access to crypto deposits was officially announced as “an extremely bad situation on the market plus the continuation of the fall of bitcoin and ether.”

What really happened?
The 18 percent return promised to Celsius Network customers means investing in high-risk savings. At the same time, such profitability is possible only during the growth of the market. But in the first half of 2022, the crypto market was rapidly declining and against the background of rising inflation in the United States, the price of cryptocurrencies was declining. Bitcoin has sunk by half the value, ether by two-thirds. Against the background of a falling market, a number of Celsius investments turned out to be far from as profitable as expected. Another reason was that Celsius invested in Luna /UST, withdrawing large sums when these tokens sank significantly in value.

As a result, the freezing of financial transactions in the crypt on Celsius deposits led to a global drop in cryptocurrencies. Bitcoin and the entire cryptocurrency market sank even more due to the panic of the depositors, who began to massively get rid of the digital currency. Own Celsius token (CEL) has collapsed in value by 10 times. The point in this story is that the Celsius Network cryptolanding platform and some of its subsidiaries have filed for bankruptcy.

The fact is that an increase in prices invariably leads to a decline in the stock price of most technology giants. Previously, for 13 years, bitcoin was a good way to protect your funds from inflation, since it was considered a protective asset.

Over the past few years, the connection between the cryptocurrency market and the stock market has grown significantly, so the crypto exchange rate began to change with stock prices.

Fed rate hike
The US Central Bank (Fed) increased the key rate by 75 points for the first time since 94. Usually, the Federal Reserve System raises the rate during an economic recession so that investors begin to increase their savings, transfer them to safer savings + (the so-called “safe haven”), which in recent years has led to the fall of bitcoin.

An increase in the rate leads to an increase in the cost of investments, and cryptocurrency has long been one of their tools, and risky. Accordingly, many prefer not to invest in digital savings, which are less stable than, for example, gold (it is considered one of the safest havens of capital). A decrease in demand for bitcoin leads to its cheapening.

How to react to a decline in the exchange rate
Do not panic and get rid of the crypt at bargain prices, because in this case a lot of money will be lost. The market is cyclical and most likely in a few years the collapse will be followed by a period of increase. Therefore, the decline of bitcoin can be considered as an opportunity to make money on cryptocurrency. Analysts note that a popular (albeit risky) way is “shorts”, i.e. short positions. Such a thing should be done only if you are sure of a further collapse in the value of coins. In short, it looks like this: a trader borrows a crypt from a broker and sells it at its current value, then waits for its value to decrease, buys cheaper and repays the debt.

Another way to make money on the fall of cryptocurrencies is to Buy the dip. This is buying bitcoin at the current low cost and waiting for the moment when it will go up.

The Hold strategy assumes that a trader buys a cryptocurrency and holds it for a long period of time, ignoring price fluctuations. Here we need to wait for a global increase in value.