Home > Blog > What is the difference between a coin and a token?

Since the advent of cryptocurrencies to this day, there has been a dynamic progress in the development of this direction. If initially only Bitcoin was available as the only alternative to the usual fiat money, today the range is much wider. There are many options for digital currencies, and some of them are steadfastly holding leading positions in the growth rate. If you decide to join the ownership of digital money in order to receive passive income from the growth of the exchange rate on them, in order to use them as a financial instrument for investment, you need to first understand the basic concepts. And there are quite a few of them.

For example, newcomers who are just mastering the cryptocurrency market often do not understand the difference between a token and a coin. And this is important information that must be applied competently. Let’s understand this nuance so that you can safely operate with the concepts of coins and tokens and use them according to their purpose both in theory and in practice.

What is a coin?

Coins are assets of blockchain platforms. Each cryptocurrency has its own blockchain. So, for Bitcoin, this is Bitcoin. That is, these are specific digital capitals of cryptocurrencies, they can be transferred from one wallet to another from one user to another. At the same time, they do not exist in any other form, but are available exclusively in the form of electronic virtual coins. Thus, coins are actually the information code of a particular cryptomonetty, which is placed in the database of a particular blockchain.

There are several thousand different options in the range of cryptocurrencies. All of them are conditionally divided into digital and altcoins. The most popular examples of digital assets:

Ether (it has a blockchain, respectively Ethereum);

Altcoins differ from other cryptocurrencies in that they are all generated only on the basis of the Bitcoin blockchain. That is, in fact, it is an alternative version of Bitcoin itself on the same base. Such assets are formed from the Bitcoin source code.

The most popular options are Namecoin, DOGE, LTC, Usdt.

It is also necessary to understand what exactly coins can be used for. They are mainly used as a means of payment. That is, they can be sent to the account of another user of the cryptocurrency system, they can be used to pay for goods and services. Some use coins of different variants as an investment tool, because the exchange rate of various digital assets, even taking into account periodic drawdowns, is still steadily growing. 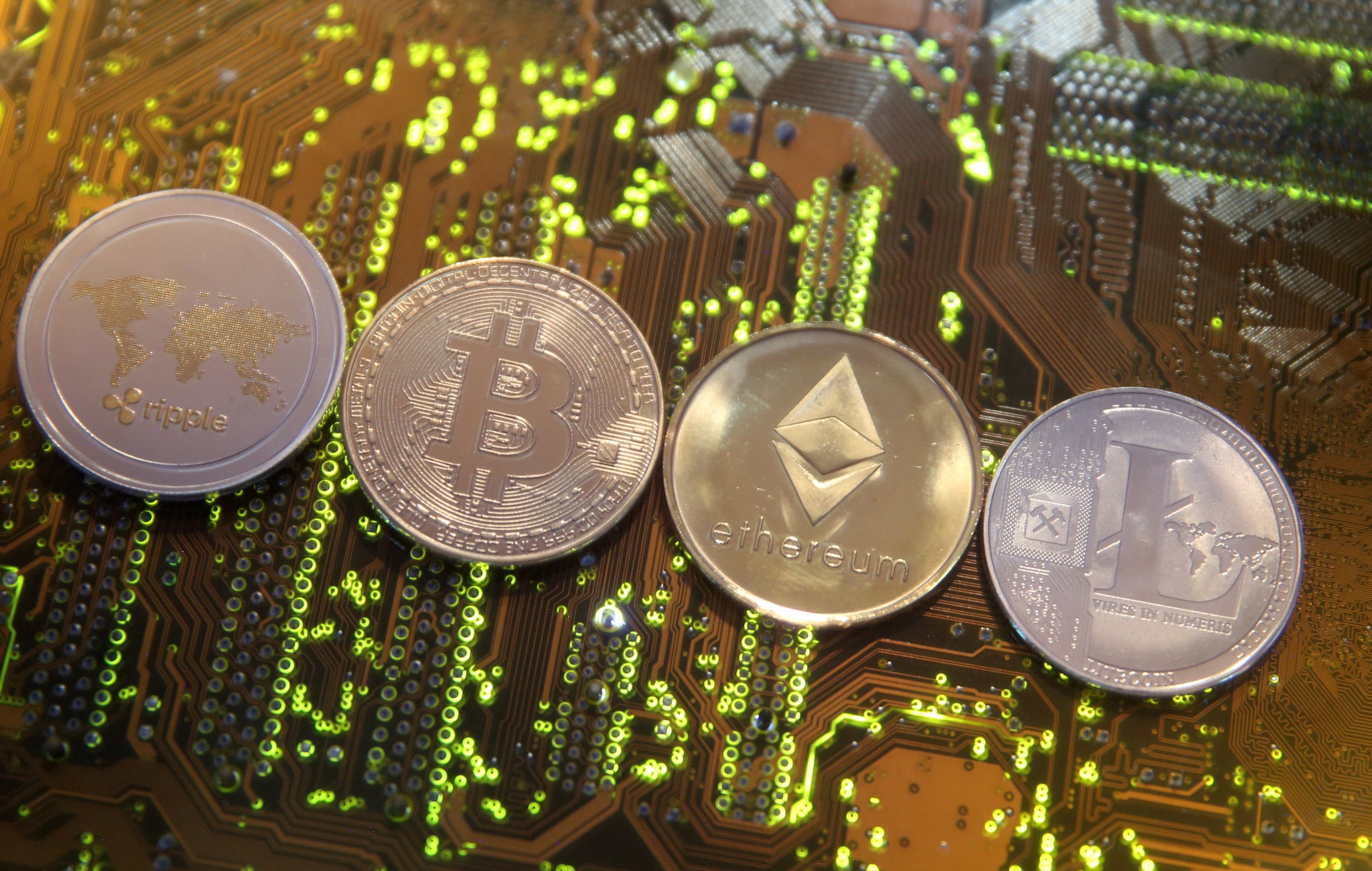 When choosing a specific type of cryptomonets, it is worth taking into account the features of each variant of cryptocurrencies. Some can be used not only exclusively as money. For example, Ethereum is also used in the smart contract system. These are special applications for blockchain technologies that allow you to make transactions by signing a digital contract. In this case, there are certain rules and guarantees from the blockchain for both parties to the transaction. In the Dash system, if you own a lot of capital, you can take part in significant decisions on the operation of the cryptocurrency system.

Some people still identify the concepts of coin and token. The latter are based on blockchains of coins. The most popular blockchain for creating tokens is Ethereum. Most of them have the ERC-20 standard. But also a lot is created on the Waves, NEO, Stratis, Lisk platforms. Anyone who has certain knowledge and skills can independently develop a token on any of the blockchains, spending part of their coins in the cryptocurrency system for this. Moreover, you will have to pay in the future for all operations, and not just for the development of the token. Any application that works on the basis of other coins, for example, Ether, is necessarily tied up for payment with Ethereum. But in any case, there will be savings for creation, since it is not required for a decentralized application to form a new blockchain.

Thus, the main advantages of using tokens are the formation of a decentralized database of cryptocurrencies, information from it cannot be deleted or, in optimizing all trading processes, increasing the level of security, simplifying the system for confirming all transactions. There is also an opportunity to expand the work of the service, optimize it.

Investor’s. In this case, tokens are used as an alternative to shares, a company’s source of income, capital, and securities. The owner receives certain dividends. That is, this is one of the ways to attract funding from cryptocurrencies, for example, for startups.

Commodity. Such tokens are supported by real valuable assets, goods. For example, the national currency, gold reserves, oil. One of the striking examples is the Usdc stablecoin, which is supported by the US dollar.

Official. Thanks to such tokens, it is possible to gain access to the functions of different platforms, services, and goods. Digital access to the service is provided through tokens. One example of a service token is CVC.

Payment cards. Coins and tokens can also be used as a means of payment, for making money transfers, buying services, goods. But investor tokens are not included in this category.

Already when creating tokens on a specific blockchain, developers plan their purpose, intended use, and the main functions of cryptocurrencies.

Summing up the results regarding what is the difference between a token and a coin, we can highlight such basic aspects of these cryptocurrencies:

the method of creation is that each cryptocurrency atkiv has its own unique blockchain, and tokens are located on coins already existing in a particular system;

The position and essence — coins are actually digital moments, while tokens are assets that can also be used as a payment equivalent;

application — if coins are used only as means of payment or as a financial instrument for investment and passive income from the growth of the exchange rate, then tokens can be used as a way to identify and access rights to payments or specific services (you can draw an analogy that tokens are like a kind of certificate for receiving something).

Having understood the basic terms, it will be easier for you to plan further tactics of doing business through tokens or to engage in investing, trading in the financial market using coins. Moreover, possession of basic information and understanding of the basic provisions is the first step to the success of the method you have conceived of obtaining additional income.