Home > Blog > Can the crypto market return to growth? 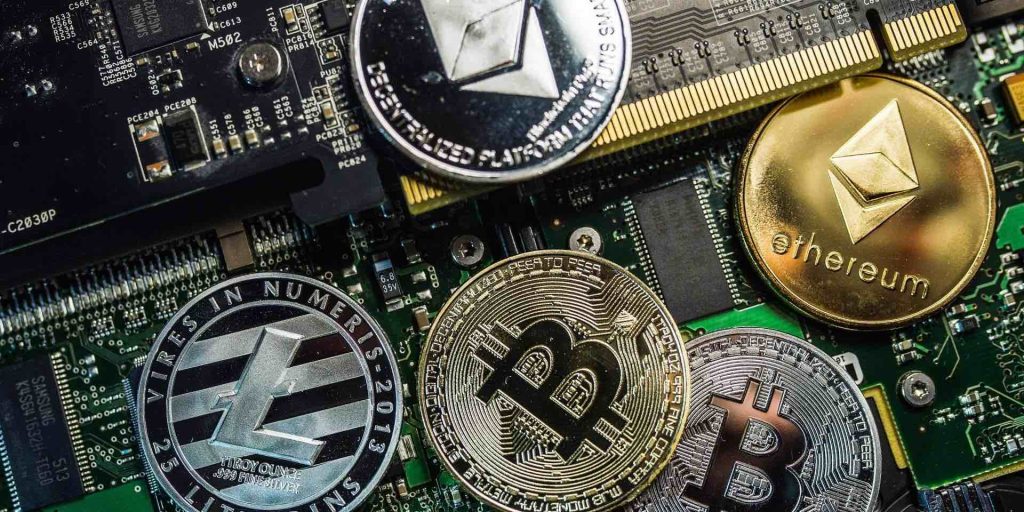 those
At the beginning of 2022, bitcoin cost $ 47 thousand, but almost the entire first half of the year became cheaper, losing more than 60% of the value. On June 19, the bitcoin exchange rate was below $18 thousand for a short time — for the first time since December 2020. Contrary to the long-term trends of the rise in the price of cryptocurrencies, this collapse turned out to be much deeper than in the summer of 2021, when the minimum was $ 29 thousand. In July, the bitcoin exchange rate began to grow and has now reached $ 22.8 thousand, writes RBC Crypto.

Will this recovery be sustainable? Will last year’s scenario be repeated, when after the summer collapses, the market turned around and set new records in the fall? What contributes to this, and what can prevent it?

Often, after the collapses of stock markets, in particular, the S & P 500 index, there are strong drops in cryptocurrency quotes. These assets are risky, so in moments of uncertainty, investors abandon them first of all.

In the summer of 2021, cryptocurrencies also sank, but not as deeply as they are now. Last year, stock indexes did not fall, but grew, and this could become a partial support for the market. The rates of cryptocurrencies fell after the Chinese authorities imposed a strict ban on mining.

US indices fell in 2022 as a result of the Fed’s rapid rate hike in the hope of curbing inflation, which exceeded 9% per annum. Although the inflation of national currencies itself usually portends the rise in the price of cryptocurrencies (as a protection against inflation), after the stock market drawdown, digital assets most often fall in price.

Both in 2020 and in 2022, there was a massive sale of assets. Traders dumped cryptocurrencies, stocks, and sometimes even gold at the same time. The level of decline of the S&P 500 index and the BTC exchange rate in both cases were comparable.

Another analogy between the crises of 2020 and 2022 is that after a deep synchronous fall, indices and cryptocurrencies quickly returned to growth. In 2020, by May, the bitcoin exchange rate almost recovered its pre-crisis value, outstripping the S&P 500 in growth. In 2022, from mid-June to early August, both values also had a positive trend, although not as impressive. Over the month, the S&P 500 has gained 9%, and BTC, due to greater volatility, has gained about 20%.

During the fall in the rates of cryptocurrencies after the next price highs, they are mostly dropped by speculators — those who initially pursued the goal of buying and reselling profitably as soon as possible. At the same time, however, there are many investors with a long-term view on the market who believe in the global growth of bitcoin. They know that there have been many ups and downs in his history, and therefore they are in no hurry to sell.

The “decline-rise” cycle often occurs according to the following scenario. The decline consists of a series of sharp collapses, each of which ends with a rebound due to the activation of buyers. Then some of the buyers sell the asset that has risen in price, and thus helps the bears to arrange a new, even deeper collapse. But with each “bearish attack” it becomes more and more difficult to update the lows. 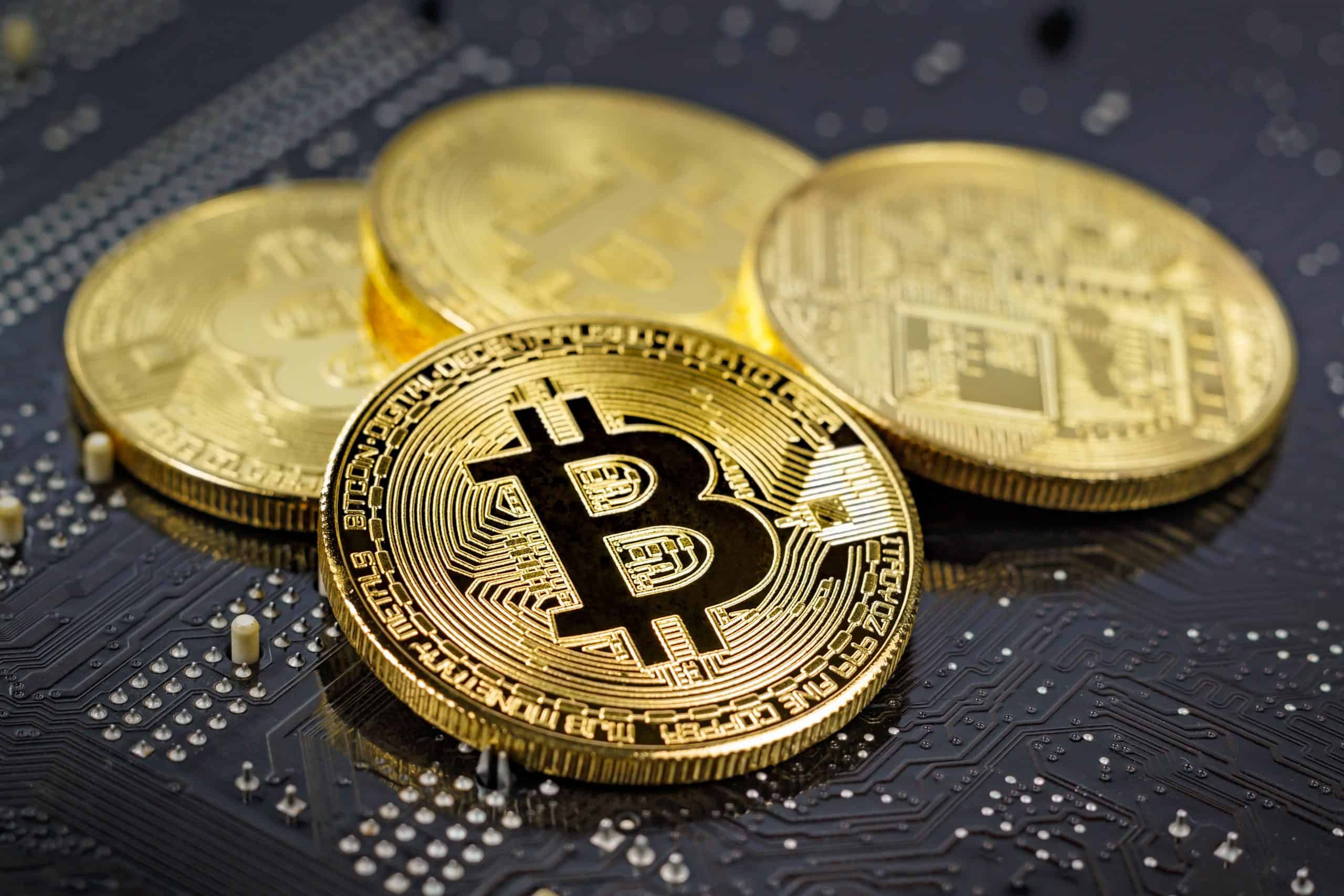 The lower the exchange rate, the greater the percentage of investors goes to the buyers’ camp, and after the purchase becomes interested in growth. The ultimate aerobatics of a trader is to catch the “final bottom” and buy there. If at some point the bears allow a “misfire”, and the next collapse turns out to be smaller than the previous one, this can serve as a signal for traders that the previous minimum was just the “same” bottom. Then the FOMO factor comes into force: the fear of investors to miss the benefits and “miss the train”, which is about to “fly to the moon”. The influx of buyers becomes colossal and the price returns to growth.

Real ups and downs in numbers
For example, let’s look at how the BTC rates changed in September-December 2019 and in May-July 2021.

In mid-September 2019, BTC was worth just over $10 thousand. But on September 23-26, it collapsed to $8.1 thousand. This was followed by a series of bounces and new collapses to the next levels.

A similar pattern was observed in 2021 after the scandalous tweets of Elon Musk, and then a series of Chinese bans on the crypto market in the country. On May 8, BTC was worth $58.8 thousand, on May 12 it collapsed to $49.2 thousand, and then the next series of collapses followed.

June 19, $17.7 thousand.
July 1, $18.8 thousand.
July 13, $19.1 thousand.
July 27, $20.8 thousand.
If we continue the analogy with the previous scenarios, this time the bears have already made 3 “misfires”. By July 30, the price of BTC reached $24.6 thousand, as of August 5, the cryptocurrency is trading at $23 thousand. Unfortunately, we cannot make a quantitative comparison of the current crisis with the related Covid crisis of 2020, since there the fall occurred at lightning speed and without a long series of “bearish attacks”.

In which case the market will continue to decline
Although the comparison of the series of collapses of different years hints at the imminent recovery of the market, do not forget about the fundamental difference between the current crisis and most of the past. Now cryptocurrencies are not in “free flight”, but largely repeat the dynamics of American stock indices. For almost the whole of July, the BTC exchange rate moved in a co-directional S&P500: both rose and fell on about the same days, which was not the case last summer.

Both in June and July, US inflation data were higher than expected, and both times the Fed raised the rate by 0.75 percentage points. Now the stock and cryptocurrency markets are growing in spite of rather than due to the economic situation in the country. In part, they are pushed by the understanding that stocks and cryptocurrencies are more reliable in the long term than a cheaper dollar. The words of American officials that a recession is unlikely also had a positive effect on the markets. But do not forget that just a year ago they assured citizens of the short duration of inflation, but they were mistaken.

The reluctance of the American authorities to allow a new collapse of the indices plays in favor of the growth of the crypto market, but they are determined to fight inflation. If the next inflation data is disappointing again, and the Fed continues to sharply raise rates, the growth of indices and cryptocurrencies may slow down. And even if the positive trend continues, there are doubts that BTC will set new historical records before the end of the year.